We’re excited to release OpenAphid-Engine v0.1, which is the first public version of the project.

Three GitHub repositories have been created:

The JavaScript API references of OpenAphid-Engine v0.1 is also available. It’s a bit rough right now. We promise that it’ll be improved in the future.

v0.1 is the start of OpenAphid-Engine. We admit that it’s not ready for real product yet, but we’d like to present some characteristics of the project here. 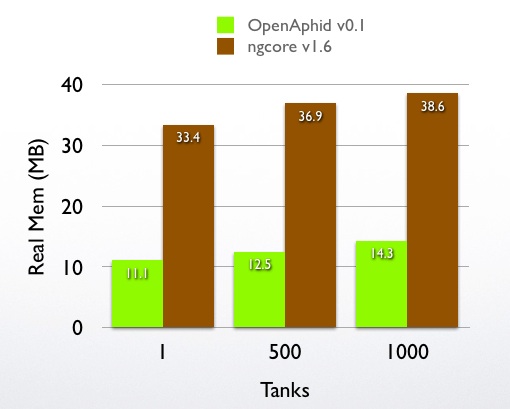 The data are captured by using the Activity Monitor of Xcode Instruments. The memory usage of the benchmark on ngcore v1.6 is presented for reference only.

We’re working hard to improve OpenAphid-Engine. Most efforts are spent on the following tasks:

Please feel free to contact us with your questions and suggestions via openaphid At gmail.com. We’d appreciate it for your kind help.

We’d like to express our appreciation to Oana Dobre, who designed the cute aphid graphics and allowed us to use them for free.