Several github repositories have been updated, please check them out for more details:

It’s the beginning of cross platform support of OpenAphid-Engine. Please consider it as an alpha release. But we’d like to summarize some implementation highlights here:

This release is lack of several important features comparing to the iOS version. We’re planning another release to make it catch up in the near future.

The same tank program as introduced in our previous post is used to evaluate the performance of OpenAphid-Engine on Android OS. Several other Android 2D game engines are chose as references:

The benchmark is performed on a Motorola DEFY+ MB526 phone, which has a 1GHz processor and a 854x480 sized screen. Its Android OS version is 2.3.6.

We captured the average FPS in 5 seconds for displaying different number of tanks with each engine: 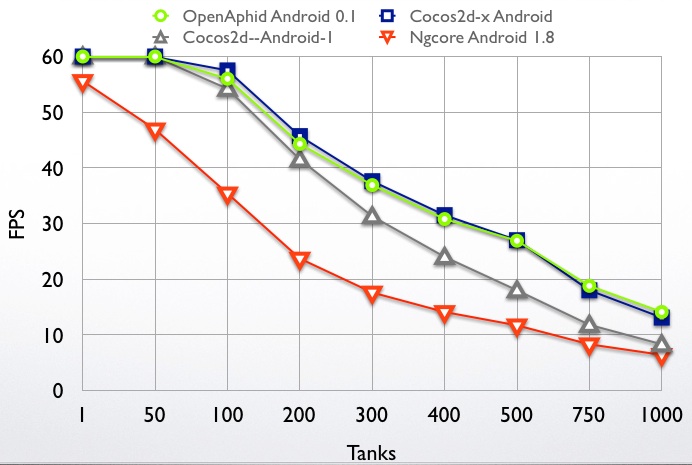 OpenAphid-Engine shows great performance again as we can tell from this chart. It’s on par with cocos2d-x, and faster than others.

cocos2d-android-1 suffers from the frequently GC pauses of Dalvik VM as observed from logcat. Ngcore is the slowest engine once again, and its rendering is also buggy in this test. The dirty area in black color should have been cleared in the screenshot below, we’ve filed a bug report about it to Ngcore: 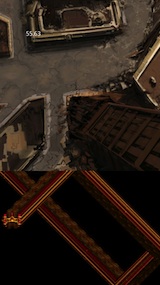 About the Next Release

The next release will make the Android version have all features as the iOS version does. JavaScript to Dalvik Java binding APIs will be introduced to make integrating 3rd-party services become cross platform too. We’ll add new features simultaneously on both iOS and Android versions after that release.